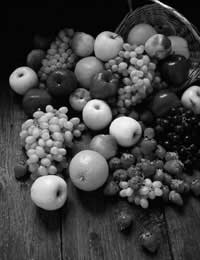 It is often said by stalwarts of analogue photography that one of the major limitations of digital is that it can’t 'do' black and white as well as film can. Indeed for many film photographers this is the key reason why they will not migrate to digital; the supposed lack of aptitude for black and white exposures has put off a considerable number.

Indeed, they might well be right. Digital camera manufacturers are still struggling with the question of how to produce the best possible black and white exposures and, although some now offer a black and white mode on-camera, most continue to rely on the photographer to make the transition in post-production. Of course, the black and white modes offered on some cameras leave a considerable amount to be desired, and so it is generally recommended that you should shoot in colour where possible and make the change in Photoshop.

There is an incredibly simple, basic way of converting your photographs from colour to black and white. Simply open your image, go to Image / Adjustments and click Desaturate. Alternatively, press Ctrl+Shift+U (Option+Shift+U if you are using a Mac) for the same outcome. This will remove the colour from the image, but it will do it in a very primitive way. Essentially, this method alters every colour channel in your image and amalgamates them into one tone of grey. As a result, there is very little distinction between different areas in the photograph. Conversely, good black and white film can give excellent differentiation between shades as a result of the number of different types of photo-sensitive elements within it.

In order to combat this amalgamation effect, there are several other methods which can be used. The first of these begins with the same desaturation process as is described above, but includes more in-depth steps afterwards. Having used the Desaturate command, you should then open a new Adjustment Layer in the Layers panel, and choose Channel Mixer as the adjustment. Within the Channel Mixer you will find a drop-down menu which will list each of the colour channels in your image. You will also find a checkbox marked ‘Monochrome’. Tick this, and your image will be desaturated.

You will then find that the list of colours has been reduced to one option: ‘Grey’. You will also see three faders; each of these alters the intensity of one of three channels, red, green or blue. By dragging each of these faders you will increase the intensity of the area of the image which was occupied by the relevant colour. This produces a far more natural, realistic monochrome image, and one which more closely resembles the response of good black and white film to the same conditions.

Some photographers use a similar method to channel mixers, but prefer to carry out the process in a slightly different way. You could add a series of Adjustment Layers, each of which uses Hue/Saturation as the adjustment. You can desaturate your image by removing the channels individually. Many photographers, however, suggest that this renders less acceptable results because of a lower degree of control.

Curves and the 'Unsharp' Mask