Home > Photography Basics > What is a Single Lens Reflex?

What is a Single Lens Reflex? 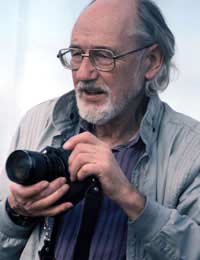 The advent of the single lens reflex is one of the most important developments in the history of photography. SLR technology has been adopted wholeheartedly by both commercial and amateur photographers with very few exceptions; some art photographers, particularly those who specialise in landscapes, prefer other camera types, but the vast majority now use SLRs.

The great beauty of the single lens reflex camera is that the photographer sees the image exactly as it will be captured. In an SLR the light enters the lens as with other camera types. The difference, however, is that the image is then reflected away by a moveable mirror placed behind the lens. The image is then projected onto a screen towards the back of the camera, which is used for focusing. The image is generally passed through a prism, after which it is viewed through an eyepiece.

Occasionally, however, SLR cameras are fitted with waist-level viewing accessories. This is particularly popular for fashion photography.

One of the major technological problems with the SLR centred around the difficulty of keeping light away from the film when it is not required. In order to remedy this, most SLRs have a shutter placed very close to the plane on which the focusing image is projected. As such, light comes through the lens and is then admitted when the shutter is opened, thus keeping light out between exposures.

SLRs were adopted in great part because of the possibility for the photographer to see the image exactly as it will be captured. Other types of camera have a viewfinder which is separate to the actual light-capturing and exposure mechanism; this means that the photographer sees an image which is slightly different to that which will actually be exposed. Previously photographers had to adjust their composition or focusing in order to compensate, but the adoption of the SLR meant that users now have total precision.

The other great joy of the SLR is the vast number of lenses available. This has meant that the SLR can be used in a wide variety of situations, particularly bearing in mind the huge range of focal distances available, from macro lenses to telephotos. Furthermore, the mechanism allows very low apertures to be used; this tends to be of particular interest to portrait photographers, who use a narrow depth of field in order to blur the background and ensure that the subject is the main focal point. This factor was, and continues to be, one of the great attractions of SLRs to a considerable number of photographers.

Of course, the SLR has adapted in order to keep up with the digital age. Digital SLRS (or DSLRs) essentially work on the same principles as their film counterparts, but the chemical element (the film on which the exposure is made) is replaced by a photo sensor.

The basic concepts of digital photography are covered in articles elsewhere on this site; these concepts have been applied to the SLR format, however, and now form the basis of most professional photographers’ equipment. The DSLR has not, however, yet truly broken into the consumer market as a result of its relatively high cost and perceived complexities.