Flash Operation and Choosing a Flash 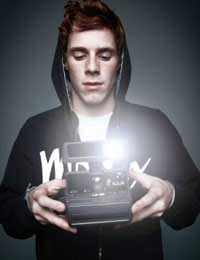 If you have been using a compact camera you will almost certainly have come up against the evils of on-camera flash.

Without exaggeration, it can be said that these destroy more photographs than any other factor. Non-directional flash is virtually impossible to contend with, generally causing a washing-out of subjects, horrific red-eye, or the over-exposure of one part of the frame and the under-exposure of the rest.

In order to avoid these evils, you will require a flashgun. The first problem with this is that many compact cameras do not have a ‘hotshoe’ onto which you can attach the equipment; if this is the case then you have few options. If you are at the point where you require more control over factors such as lighting, but your hardware doesn’t grant you the freedom that you need, it is probably time to upgrade. Every SLR and almost every pseudo-SLR (such as the upper tier of the Fuji Finepix range) comes with a hotshoe. The flashgun simply slides onto this small piece of metal, and touches the contacts on the camera.

Depending on the complexity of your flashgun, you may be provided with quite a few buttons on the rear of your flashgun. The Nikon SB600, for example, which is a standard pro-sumer flashgun, has six buttons; an LCD screen; a pre-flash and a wireless sensor. Generally, a flashgun will at least have a way in which the user can adjust the output power of the bulb. This is almost always expressed in fractions which are equivalent to two f-stops. For more information on why this is the case, and why it is useful, you may wish to read the article entitled ‘The Inverse Square Law’.

If you fire your flashgun directly towards your subject (that is, on the same axis as the lens), you will find exactly the same problems as you experienced with on-camera flash but ten times worse. However, by angling the bulb you start to achieve far more useful effects.

The general principle behind flashgun operation is that you should try to diffuse the light as much as possible; direct flash causes a harsh, unnatural light, but if you can reflect the output of your flashgun towards your subject you will achieve a far more flattering, soft effect. In order to achieve this, you should look around for reflective surfaces such as white walls or ceiling off which you can ‘bounce’ your flash. This technique is covered in more detail in the series of articles about studio lighting, which you may find useful if you are just starting out with flash operation.

What Functionality do You Require?

Of course, before you can experiment with a flashgun you need to choose one. In reality, the range of flashes available is not that huge, and many of them have very similar functions. Ultimately, your choice will depend largely on budget, but also on what functionality you require; if, for example, you need to be able to operate you flash wirelessly (perhaps as part of a larger studio set-up) then you will probably have to look further up the price range. However, a key concern is the power of the bulb.

You should look at the expected flash distances in the manufacturers’ literature; think about the sort of photography that you do at the minute, and consider whether or not the power that they are offering will be sufficient. Looking at customer reviews on the internet is also a good idea as they often give the lie to some manufacturers’ exaggerations or mistruths.

Building Your Own Lightbox

Your Own Affordable Studio