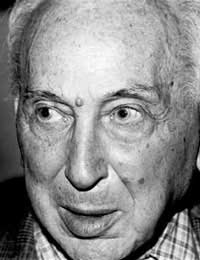 There are a number of photographers who have produced work which has had a profound effect on the development of photography as a medium and an art form. Andre Kertesz was one such photographer whose instinctive brilliance made him one of the seminal photographic artists of the 20th Century.

Kertesz was born in Hungary, the son of a Budapest stock trader. In his youth he found an old camera manual in his father’s attic and, intrigued by the simple and functional nature of the camera, he decided he would pursue a life as a photographer. His initial aspirations changed, however, with the death of his father, at which point he followed in his footsteps and joined the markets. He was a fairly successful trader, but the draw of photography continued and in 1913 he bought his first Ica camera. Ica was an ingenious German camera manufacturer who produced models to suit literally everybody’s budget, ranging from 4 Reichsmark up to almost 600.

A year later, Kertesz enlisted in the Austro-Hungarian army and fought in the First World War. He took his camera and began photographing his fellow troops, but an injury left him paralysed for a year and he was forced to leave the army. After recovering he joined the stock market again but soon realised that he was missing his true vocation. So, in 1925 he left for Paris and began making some of his most famous work. Kertesz became a well-known name in Paris, with work regularly published in various illustrated French and German journals such as Art et Medecine and Frankfurter Illustrierte.

In Paris Kertesz befriended members of the blossoming Dada movement, and began his first series of distortions in earnest. These images portrayed people, generally nudes, in surreally distorted poses. The photographer used various lenses and mirrors to create these bizarre effects, many of which echo some of the work that the Dadaists were producing at the time.

At the same time, Kertesz continued to make candid portraits of the people and places he saw around him. He was influenced by, and influenced, a young Henri Cartier-Bresson, and even introduced Brassai to the medium of photography. Kertesz eventually signed a long contract with the Conde Nast publishing organisation, which took him to New York to continue his career. However, the photographer found the atmosphere in the American art world fundamentally different, and discovered that his style of off-kilter composition was very much ahead of its time there. Similarly, his nude distortions were seen as pornographic by many, and Kertesz was forced into the studio and into large country homes, which he spent much of his time photographing for Conde Nast.

Kertesz’s star rose again, however, and he became the first photographer ever to have a one-man show. His career continued through the 1960s and ‘70s, until his death in 1985. His legacy can be seen in the work of a great number of other seminal photographers, including Cartier-Bresson. Perhaps more obviously, his nude distortions also had a huge impact on the work of latter photographers like Bill Brandt.