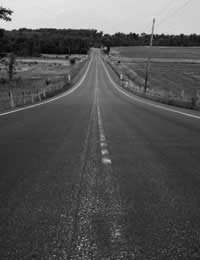 When thinking of the big names in American photography (and indeed, in film), Robert Frank surely stands among Weston, Cunningham, Evans et al as one of the greats. His instinctive talents are far-reaching, and encompass photojournalism, concept photography and portraiture.

Frank’s upbringing was a relatively sheltered one, at least in comparison to some of his contemporaries. He was born to a rich Swiss Jewish family in 1924, and from an early age there was a familial emphasis on his projected life course into business or finance. The Franks avoided the horrors of the World Wars, but the young Robert’s inquisitive mind ensured that the spectre of Nazism very much informed his early thinking. It was clear to Frank from an early age that he did not want to follow his father’s career path, and he sought work in various photographic studios as an antidote to what he saw as his parents’ money-centric world view.

In 1947 Frank moved to New York and was hired as a fashion photographer by Harper’s Bazaar, a veritable hive of development for some of the greatest American photographers. During this time he also travelled extensively around Peru, making two books documenting his experiences. It was, however, on his return to America that he began to make his most notable work. Frank had his first exhibited work in 1950, at the Museum of Modern Art, and was finding some success in the USA. However, he was becoming increasingly disillusioned with what he perceived to be the materialistic country in which he lived. It was this feeling that prompted him to embark on the two-year journey that gave birth to his best-known book, ‘The Americans’.

‘The Americans’ was financed by the Guggenheim Foundation, and was essentially a document of Frank’s journeys around the country. In all he took 28,000 frames, only 88 of which were selected for printing in the final publication. The book is characterised by a scathing, often melancholic view of life for the average American, and Frank’s own journey is tangible throughout the work. ‘The Americans’ is to photography what ‘On The Road’ is to literature; indeed, Frank met Jack Kerouac in 1957, and the writer contributed the foreword to the book.

During the early 1970s, Frank’s life was characterised by tragedy. In 1974 his daughter was killed in a plane crash, and in the same year his son, Pablo, was diagnosed with severe schizophrenia. After an extended period working in film, Frank returned to still images. His later work is extraordinarily intense, and concentrates thematically on both the loss of his daughter and his son’s experiences of mental illness.

To a younger audience, Frank is now synonymous with scratched negatives and textual additions to simple, affecting images. His images still retain a strong sense of narrative structure, however, either in the form of stories within single images, or through his favoured format of multiple images displayed together in sequence. In this way he has reinvented himself as a photographer, making a leap from straight reportage to conceptual image-making, but always retaining a sense of investigation and a critical eye.