How Does Film Work 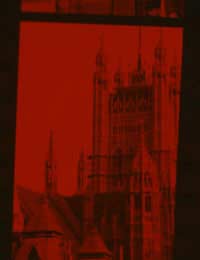 The invention of photographic film is arguably one of the most important in history with regard to its fundamental impact on both popular culture and technological development. The science behind film is beautifully simplistic, and yet the process required to make it work is complex.

Exposures are made on a piece of photographic film as a result of a chemical reaction caused by light falling onto light-sensitive elements of the film. Modern-day film is made from a thin sheet of polyester or another plastic, coated with an emulsion. Within the emulsion can be found a number of tiny silver halide crystals. The silver halide is the light sensitive part of the film, and the crystals are bonded together by a substance like gelatin.

Differing film speeds (this is covered in more detail in an article elsewhere on this site) are caused by a change in the size of the silver halide crystals; larger crystals means that the film will have a higher sensitivity to light, and therefore less available light will be needed to make an exposure. Thus, a film with larger crystals is said to have a higher film speed. Similarly, every individual film requires a subtly different amount of light in order to make a successful exposure. This is known as the exposure latitude. Colour film tends to have a larger exposure latitude than black and white, as a result of the higher number of film layers and therefore the higher number of silver halide crystals. This aspect of colour film is covered later in this article.

When light falls onto the crystals, an invisible image is made as a result of the new chemical difference between the crystals which have reacted with light and those which have not. During the developing process the film undergoes another set of chemical reactions which, in the most common cases, produce a negative image. This image can then be printed after having been re-inverted. Alternatively, in the case of transparency film, the negative is fixed to a cardboard frame and can either be projected or scanned in order to capture a digital image. Transparency film is the medium of choice for those who ultimately wish to digitise the image as the process is cheaper and produces higher quality results.

Black and white film generally has a single layer of emulsion. When light hits the silver halide crystals in the emulsion, the crystals turn to metallic silver and are no longer light sensitive. They therefore form part of the negative image. Colour film, on the other hand, has a minimum of three layers of emulsion.

Each of these layers is sensitive to a particular ‘channel’ of light, generally either red, green or blue, as a result of the crystals having been dyed during the manufacturing process. The reaction produced by light hitting the crystals is the same as for black and white film, but during development each of the layers is ‘fixed’ together in order to create the full-colour image. It is also possible to buy higher-quality film which is sensitive to a much wider range of colours; some film on the market has up to twenty different layers of emulsion.